As part of the public consultation process for the Mobility Study for Bethlehem conurbation, developed by MOVE Mobility and their partner, CDG, the second Stakeholders’ Workshop took place on the 12th of November.

The event brought together representatives from several national ministries, the local municipalities involved, members of the civil society, NGOs and local businesses.

The first half of the day was dedicated to presenting and discussing the overarching vision, the main objectives and the development scenarios for the Bethlehem conurbation mobility. The results of the previous stakeholders’ workshop, organised in September, formed the basis for our proposals. The participants got the chance to comment on the three scenarios and to choose the one that they believed was the best for creating a liveable and accessible Bethlehem. During the second half of the day, concrete and operational measures and projects have been discussed, touching on topics such as: public transport, road network, NMT and information and education. 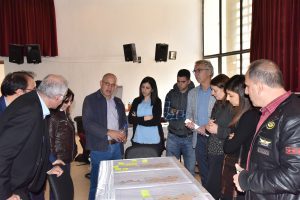 On the 14th of November, a high-level Steering Committee meeting took place. The Mayor of Bethlehem, Mr. adv. Anton Salman, the mayors of Beit Sahur, Beit Jala, Al Khader, Ad Doha and Artas, the French General Consul in Jerusalem, Mr. Pierre Cochard, the Governor of Bethlehem Governorate, representatives of Paris Municipality and French Agency for Development, engineers and planners sat together at the same time and discussed the future of mobility in Bethlehem conurbation. The meeting has been a success, showing the commitment of all stakeholders to transform Bethlehem conurbation into a sustainable and enjoyable place for its inhabitants and visitors. 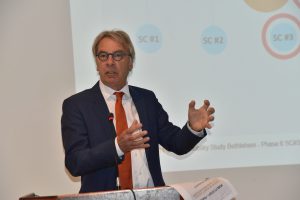 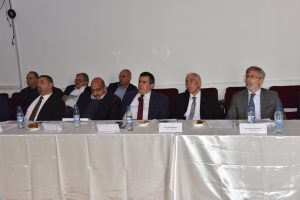